The Half A Century Series began some years ago when I turned 50 in 2011. That is traditionally a prime time to do some major reviewing of one’s time in this nutty life! It is a largely autobiographical series but I hope the  images and curves feel familiar to many of you.

The forms are figurative but more to do with the internal experience of the body, movement and emotion.

Contemporary Dance Performance and Photographs like this wonderful picture are hugely influential in this series. 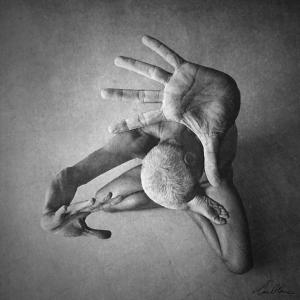 It started with these figures in a constructivist style I really like but only used occasionally at that time. I had had an unexpected surgery that took the strength and some movement from my arms for a while so working solid in this scale was not an option. 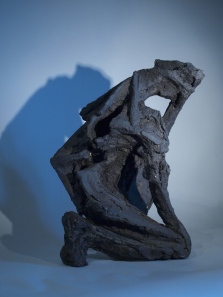 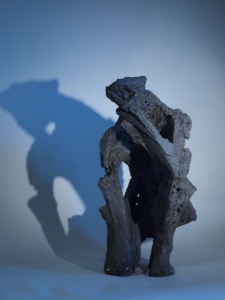 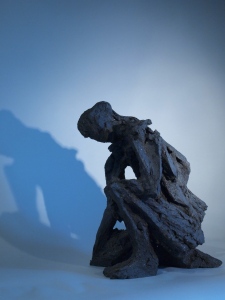 Half A Century II 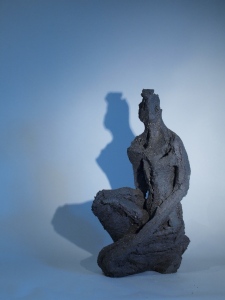 Half A Century III

These more abstracted figures were all made in early 2013. 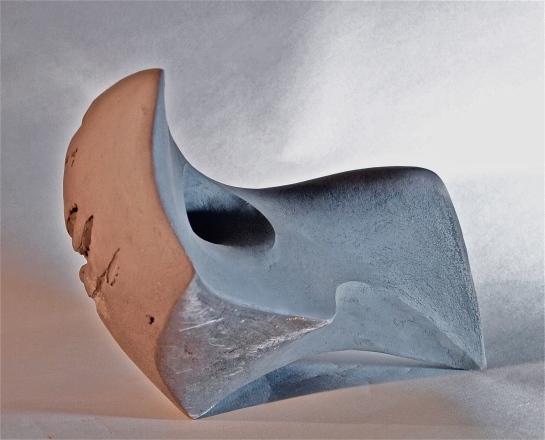 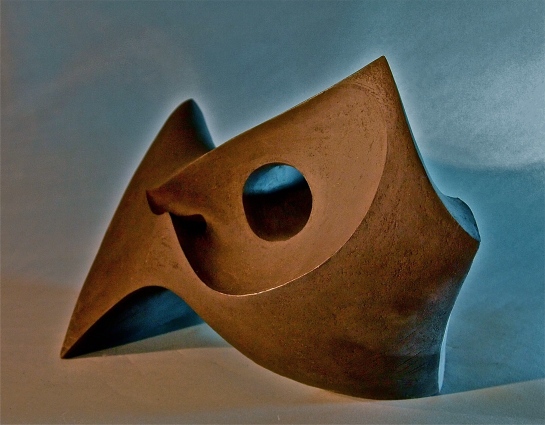 Half a Century VII, second view. 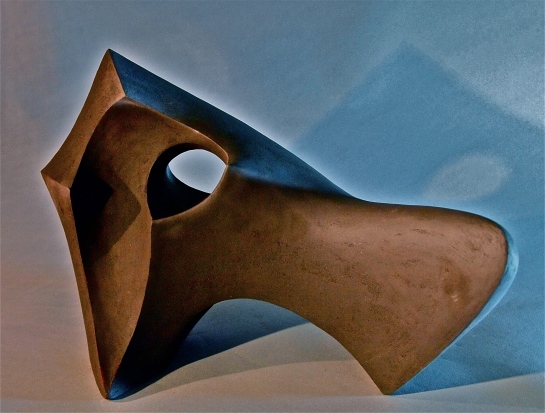 Half a Century VII. 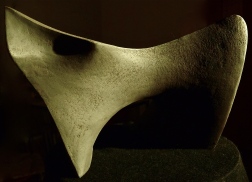 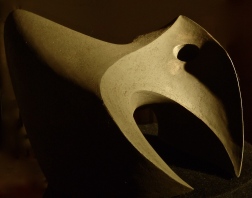 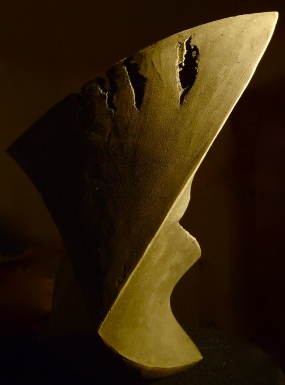 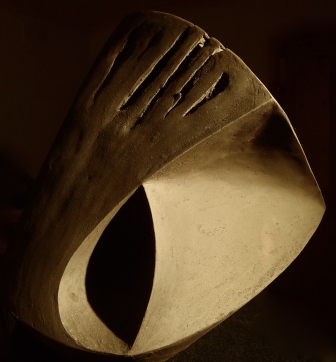 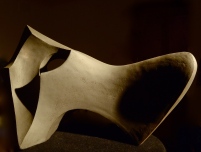 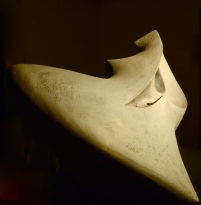 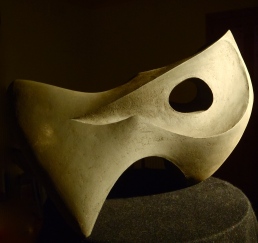 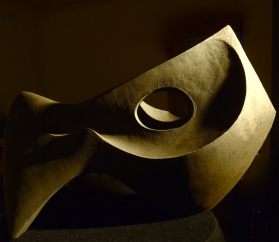 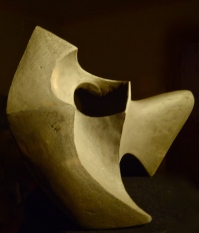 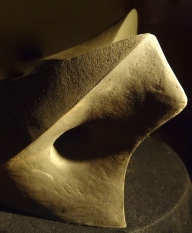 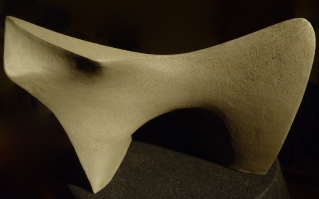 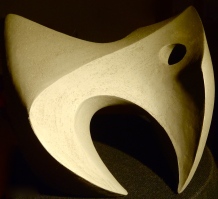 The Musing Series is not so directly personal but they were made at the same time as these black figures and they are linked.

The Life’s a Beach Series preceded Half a Century but it is also part of the same on-going theme. It is 10 reclining figures about a story I was told about Port Talbot; The area was a stunning beauty spot of huge, gorgeous sand-dunes. In the early part of the Industrial Revolution tourists came from all over the world to wonder at the grace of the  curves and forms created over millennia. Then it occurred to someone that all that sand was handily placed for making plenty of concrete to build an Industrial Port…..! The figure’s form is taken from sea-worn coast-line and the wry gesture of a Mae West style character smiling inwardly at the lack of appreciation for the nuanced beauty only age and experience can bestow. 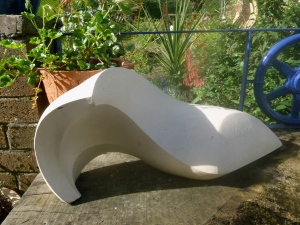 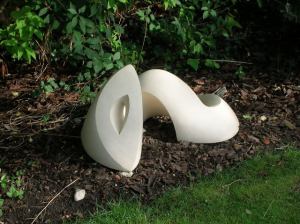 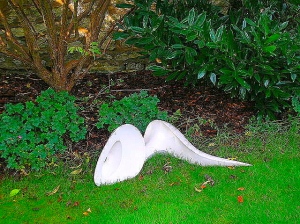 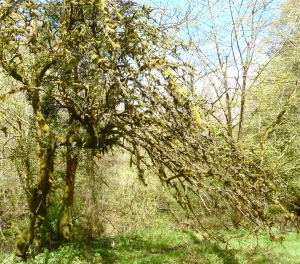 This old Apple Tree overlooks the waterfall I visit regularly. It supports  a mass of moss, ferns and lichen, archetypically ancient. Yet every spring it still puts out a few delicate pink blossoms. They don’t come to fruit but it doesn’t matter.

The continuation of this series is Beyond Half a Century where the ideas move forward from the transitions at 50. This turn in the road came when my mother died after a very long and complicated struggle with illness. As in the earlier forms in the Series, the sculptures are very direct and un-edited outlets for how I feel at that moment. Once the expression is fixed I will work on for as long as it takes to clear off any irrelevant material until it rings true. They can be about all sorts of things. I turn to this work to clarify thinking that words wont un-ravel or when I am over-whelmed. 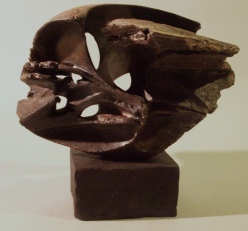 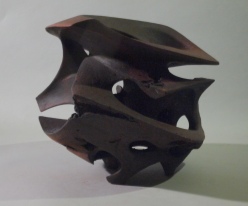 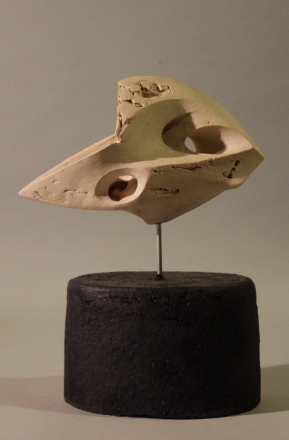 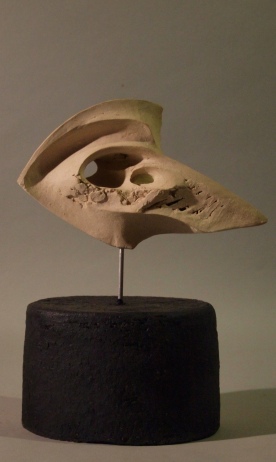 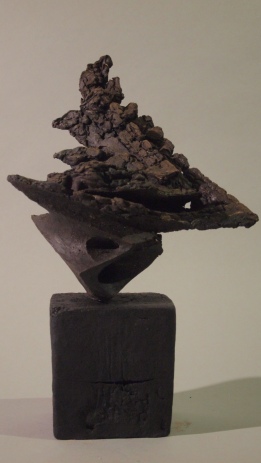 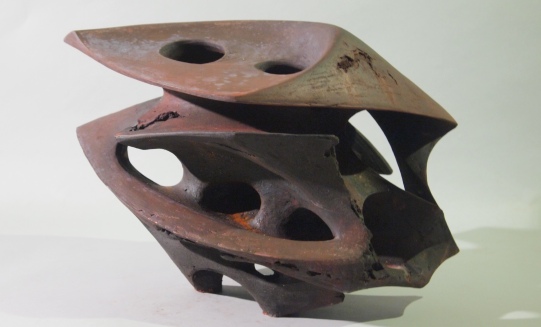 One thought on “The Half A Century Series.”